When typing out long or multi-line commands in IEx, I sometimes make a typo or another mistake. And more often than not, it’s easier typing it from scratch than fixing it. Unfortunately, unlike the Ruby or Node.js REPLs, hitting Ctrl+C in IEx doesn’t cancel the command. Instead, it opens up the BREAK menu.

But that is still a lot to remember and type just to get out of a command. But if you’re using iTerm2, you can create a custom map that does it for you! 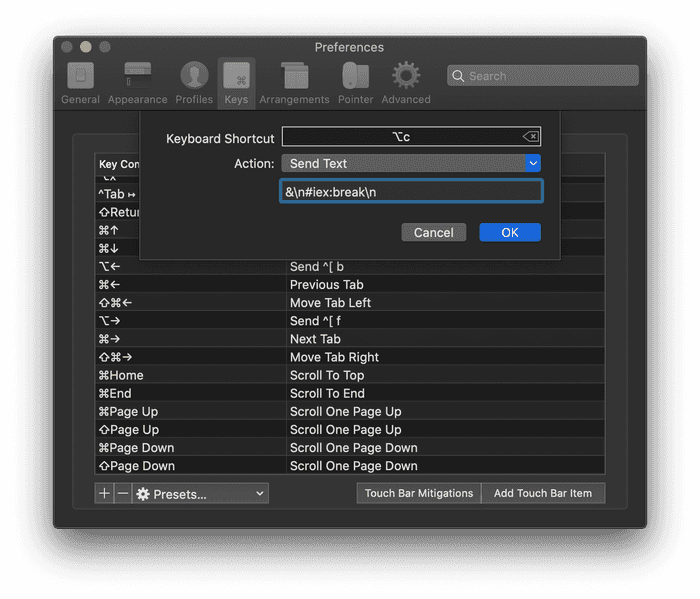 To create a custom keyboard shortcut:

Note that in the keymap above, you could’ve also just sent #iex:break\n but that would’ve only worked for multi-line commands and on new lines without any text. Prefixing #iex:break with & stops it from executing the current line as well.

If you’re interested in finding out why we can’t just use Ctrl+C to cancel commands, check out this Github Issue on the official Elixir repo (Spoiler: It’s the Erlang VM’s fault).

Here’s the custom shortcut in action: